[ARTICLE] How Hepburn and Classic Hollywood Inspired “Color Me True”

With the success of La La Land (2016), the Oscar wins of The Artist (2011) and The Shape of Water (2017), and the current buzz for A Star is Born (2018) escapist fantasies similar in spirit to those of Hollywood’s Golden Age are currently in high demand both from studios and audiences. Japan is certainly no exception either as Hideki Takeuchi’s Color Me True, screening at this year’s Japanese Film Festival, has proven at the Japanese box office. Takeuchi’s film is a sincere tribute to Classical Hollywood and stays true to what made films from that era so magical. 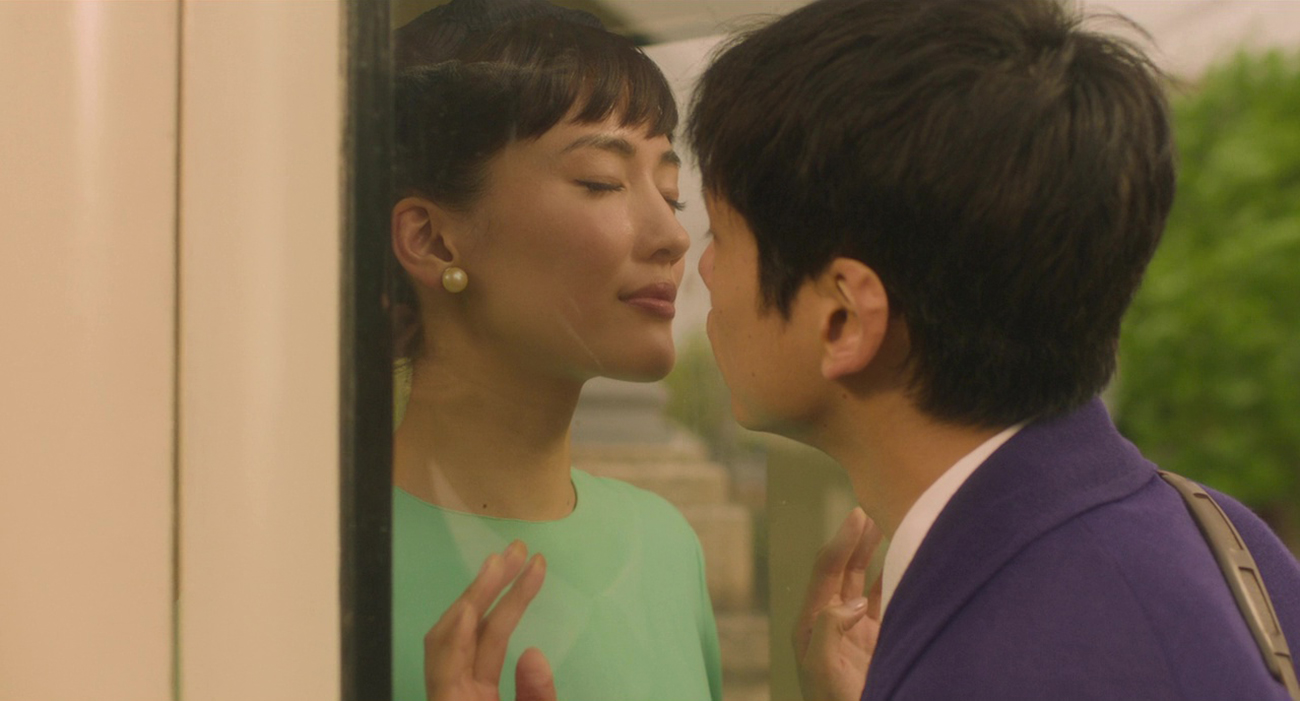 From the late 1920s where black and white ‘talkies’ were introduced to the 1960s where Technicolor musicals were all the rage, the premise for Color Me True is certainly inspired by the shifts that took place within Hollywood during that era. In Color Me True, a princess (Haruka Ayase) from an old black and white film, ‘The Tomboy Princess and the Beastly Boys’, stumbles out from the screen and into real life. She becomes the muse of an aspiring writer-director (Kentaro Sakaguchi) in the Technicolour era of the late ‘50s and dawn of the ‘60s. It doesn’t get any more fantastical than that.

The film further acknowledges these technical changes in Hollywood by referring to Color Me True’s film-within-the-film as a forgotten product of a bygone era.

Color Me True also presents an idealised, chaste romance where emotional connection and companionship are valued above all else. Emphasis on these values are similar to Classical Hollywood films, many of which were produced under the Hays Code, a strict set of moral guidelines that all studio films produced between 1930 to 1968 in the United States had to adhere by.

Rather than show displays of physical intimacy, Hollywood studios avoided censorship by relying on verbal sparring and covert flirting between romantic leads. Color Me True adopts this cleverly into its story: if Miyuki and Kenji touch one another, she will fade back into the movie screen.

The inability to touch each other – to show physical affection between Miyuki and Kenji – means that the emotional connection and companionship shared between them is doubly stressed. Miyuki believes she is incomplete and unable to love Kenji wholly because she cannot touch him. So when Kenji gives up ever being able to touch Miyuki for a lifetime of platonic companionship with her, instead of choosing a normal life married to his boss’s daughter and becoming a film director, the gamble he’s taking is no trivial matter. Similarly, Miyuki doesn’t know if Kenji will love her forever, and one touch from him would make her disappear. They are literally entrusting each others’ lives in the other’s hands.

Hepburn and Other Homages 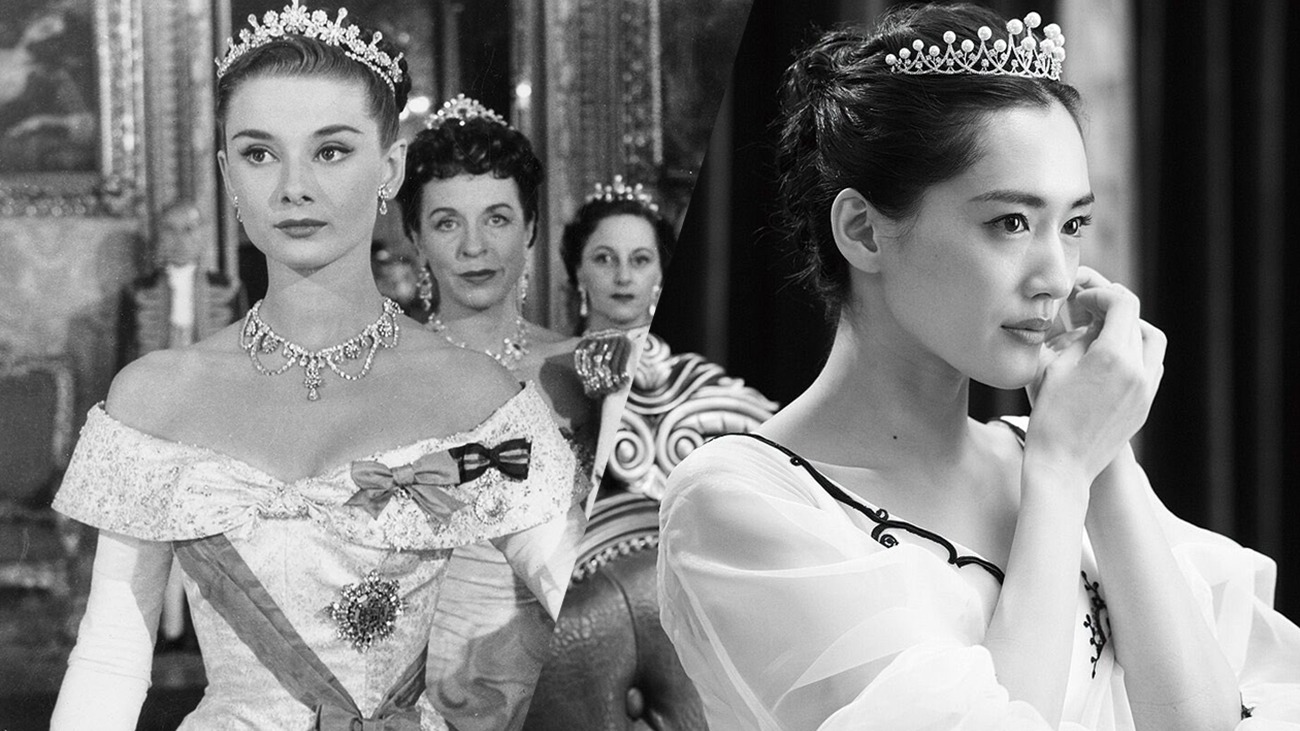 With romance being the major theme of Color Me True, Takeuchi’s film perhaps has more in common with many of Audrey Hepburn’s classics than recent postmodern takes on Classical Hollywood that audiences have become familiar with.

In Classical Hollywood, parts were written around stars and played into the personas they projected to the public. In that vein, director Takeuchi perhaps knew exactly what he was doing when he cast Haruka Ayase as Princess Miyuki. Ayase is one of Japan’s top stars after leading roles in hit J-dramas like Hotaru no Hikari (2007) would lead her to international exposure in films like Hirokazu Kore-eda’s Our Little Sister (2015). Part of her star status parallels how Audrey Hepburn was marketed—beautiful and charming in a way that appealed to men and aspirational for women. Ayase’s looks are used to great advantage in the film, as the actress is styled similarly to Audrey Hepburn, right down to her signature bangs at the peak of Hepburn’s stardom during the late ‘50s with films like Roman Holiday (1953), Sabrina (1954) and Funny Face (1957).

Hepburn is again referenced in the opening scene of the Princess Miyuki’s film,‘The Tomboy Princess and the Beastly Boys’, which pays direct homage to the opening ball scene in Roman Holiday. Meanwhile, the design of the ballgown that Ayase’s character wears in the scene is itself a nod to Audrey Hepburn’s iconic Givenchy ball gown in Sabrina. The beasts in the fictional film are also a nod to yet another example of a Classic Hollywood film, The Wizard of Oz (1939) in that they appear to parallel the roles of Dorothy’s companions, Scarecrow, Cowardly Lion and the Tin Man. The Roman Holiday references continue with a scene where our protagonist Kenji smuggles Miyuki into the studio set by hiding her in a cart under a blanket attached to his bicycle.

But these wholly romantic ideals aren’t the only things that we see spring from Miyuki and Kenji’s blossoming relationship.

There’s a touch of screwball comedy à la His Girl Friday (1940) and Ball of Fire (1941) in the relationship between Miyuki and Kenji. This genre often highlighted the woman’s dominance in a relationship and Miyuki is very much the dominant partner between herself and Kenji. He accedes to most of her whims and is completely outmatched by her. Much of the first act of Color Me True also places the two in farcical situations and verbal sparring, signatures of the screwball genre. 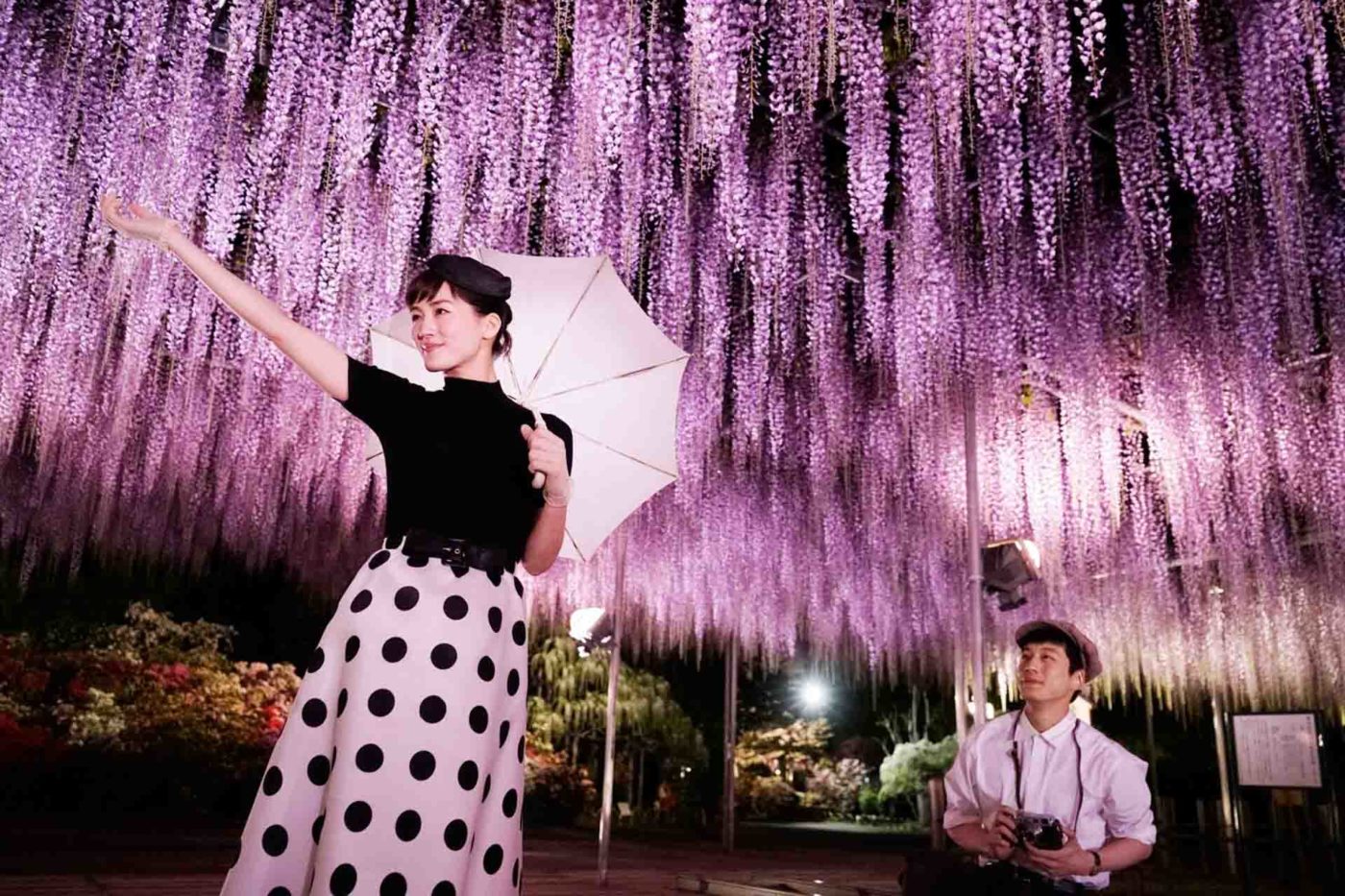 Color Me True is ultimately a postmodern pastiche of Classical Hollywood romances yet for all its references and over the top premise, it does go beyond the happy endings we see in the films it homages. It never becomes overly saccharine and works to remind viewers of its own brand of magical-realist charm; that making a relationship work inevitably requires sacrifice.

Hollywood is always looking to its Golden Age and other films from the past for inspiration, but sometimes forget that the magic of cinema is that it can be the ultimate fantasy. So why not challenge the cynicism and realism that often creeps into these postmodern takes? Why not make a love letter to Classical Hollywood as the ultimate cinematic escapist fantasy? Color Me True captures all the magic and romance that we love of Classical Hollywood films with complete sincerity and not an ounce of cynicism.

And if you’re after an antidote to the gritty modern Hollywood films that dominate the multiplex screens, you might be surprised to find a warm sense of nostalgia and escapism in this Japanese film.