Although much of the early work of Shūji Terayama was produced during an era of urban turmoil in post-war Japan, it is far from being a predictable response to those times, but still awash with the creative freedoms that particular era championed. Although traditional theatre and literary styles had guided Terayama towards his own unique creative practices, he nonetheless had no qualms about tearing apart and then reorganising conventional forms in order to construct his own iconoclastic version of literature, theatre, film and life itself.

As part of the Special Series of the Japanese Film Festival 2021, this year’s Director in Focus will feature 5 films by the late Shūji Terayama, ‘the great provocateur’. 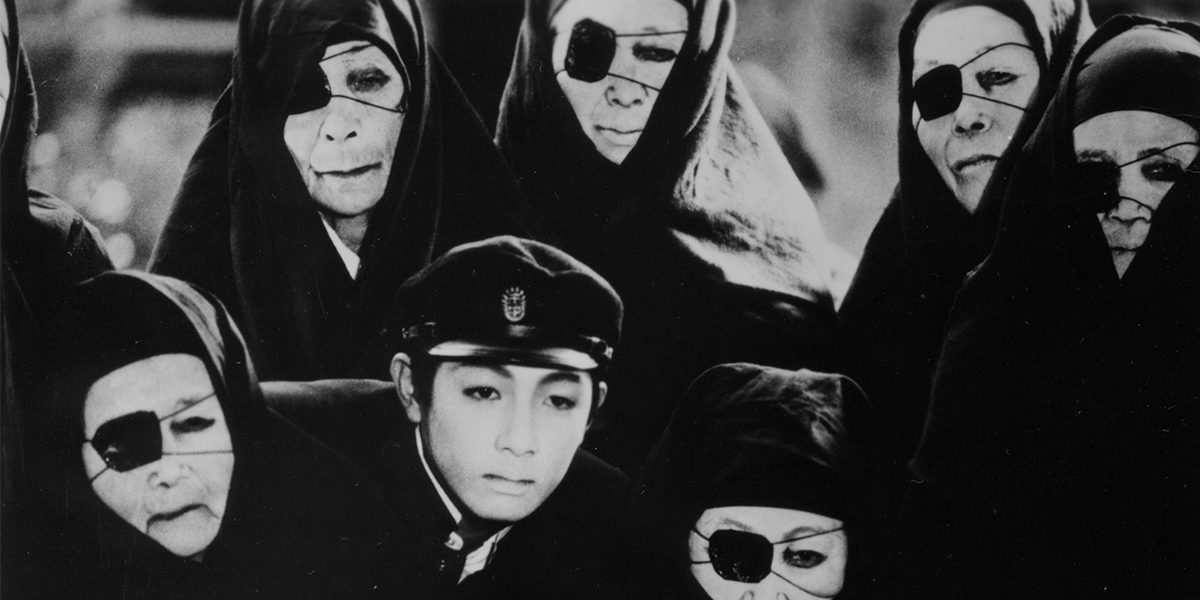 Shūji Terayama (1935–1983) was one of the most prolific and distinctive Japanese artists to emerge during the second half of the twentieth century. In 1954, during his first year as a language and literature student at Waseda University Terayama gained national attention after receiving first prize for a short prose poem or tanka. Waseda was where many underground, experimental and anti-establishment artists, writers and actors had their beginnings, working to create a new form of theatre that was unlike the Western-influenced Shingeki theatre that had been prominent since the early twentieth century. Many of these artists would become associated with the Angura or underground theatre movement. Terayama formed the theatre group Tenjō Sajiki in 1967, which produced various performances that incorporated the re-working of Japanese folklore, experimental theatre and public performance.

Although Terayama had completed many short films during the 1960s, it was with the assistance of the Art Theatre Guild (ATG) production company that he was able to merge his experimental theatre work with feature-length cinema, three films of which are included in the JFF 2021 program. 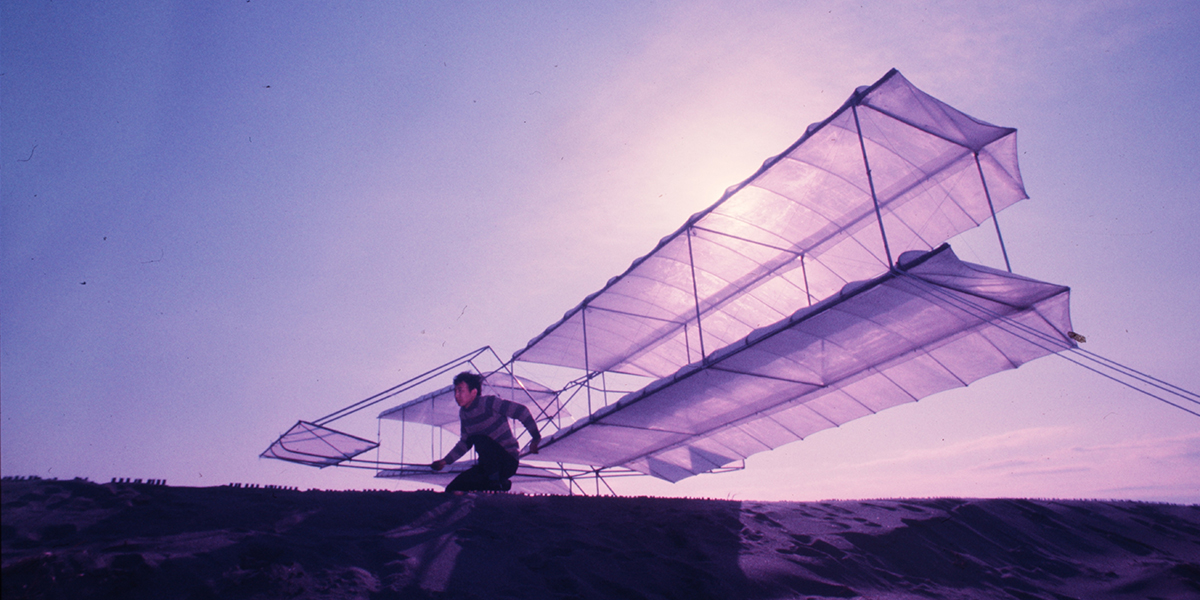 Terayama’s first 35mm film, Throw Away Your Books, Rally in the Streets (1971) was originally staged by Tenjō Sajiki in 1968 before becoming a film. Terayama’s story of youth trapped by poverty within the Tokyo metropolis employs themes common throughout his entire body of work. Themes related to Japanese folklore, eroticism, surrealism, time and memory as performed by his troupe use cinema to transport his story from the stage to the streets of Shinjuku while maintaining his reworking of the creative form at hand. As a championing of youth culture, experimental stage and cinema and now as a vibrant document of early 1970s urban Japan, this film is recommended viewing for all those interested in the work of Shūji Terayama and radical Japanese cinema as a whole.

Another ATG produced film being shown as part of the program is Death in the Country (a.k.a.: “Pastoral Hide and Seek“) (1974) which is based on a selection of Terayama’s poems and set in rural Aomori Prefecture. At once lyrical and surreal in its reworking of Japanese folklore settings and mysticism, Terayama uses the film medium to its maximum capacity to transport the audience to and from the rural and urban, the past and the present. 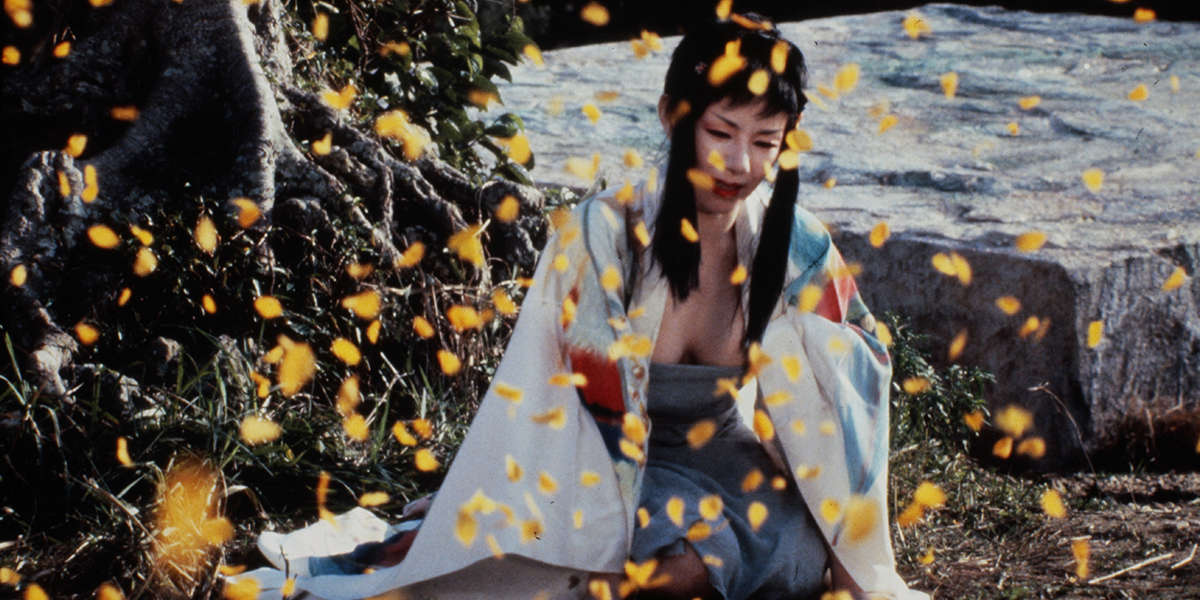 Grass Labyrinth (1979) is based on a story by Kyōka Izumi that depicts a young man on a quest to remember the lyrics of a song sung to him as a child. The film is awash with the vibrant colours of Terayama’s previous works, which texture this surreal and absurdist quest for lost youth while at the mercy of the folly of memory.

The Fruits of Passion (1981) and Farewell to the Ark (1984) are two of Terayama’s final works before he succumbed to cirrhosis of the liver in 1983. They represent his reaction and adaptation to the early 1980s as well as international film production, with the latter being a return to form but sadly his final film.

These films are essential viewing as documents of late twentieth century radical Japanese film and theatre. Film allowed Terayama to extend his passion for experimentation with avant-garde theatre and by doing so, he also tested the limitations of cinema itself. He created new languages and possibilities of expression that are readily available to all but seldom spoken by most.

This article was written by Shayne Bowden, PhD candidate in the Department of Languages and Culture at The University of Sydney